New warm and cool gray sketch markers from Faber-Castell of Germany. I have a collection of them already but these come in a nice portable pouch. Boy was it cold outside when I drew this, I am SO hoping for warm weather soon.
Posted by Pyracantha at 2:52 AM No comments: 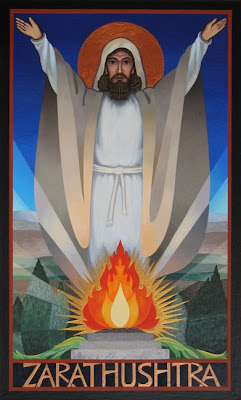 Zoroastrians, especially those of Persian origin, are still celebrating their New Year, "NoRuz." Zarathushtra was the first prophet to preach a monotheistic religion. Zoroastrians celebrate his birthday on March 26. I painted this portrait of the Prophet last year. Painting is in acrylic on illustration board, 15" x 9".
Posted by Pyracantha at 2:45 AM No comments: 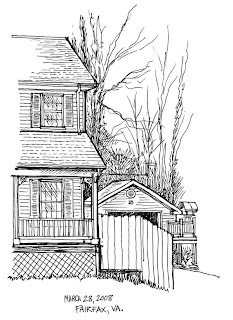 A new house styled to look like an old one. Nothing much to do with hell, though you never know what might go on inside these bland suburban dwellings.
Posted by Pyracantha at 3:55 AM No comments:

The visionary of "23 Minutes in Hell" located Hell in the fiery core of the earth, because the Bible suggests that Hell is subterranean. But I think of Hell as located in outer space. There are whole galaxy clusters of trillions and more of damned souls. Each soul is embedded in a spiky, permanent torture capsule and even though there may be a billions in a single clump, each damned soul perceives itself as totally alone. There is no communication possible, but the soul can hear the screams of its fellows, the horrendous sound of the tormenting energy, and feel the caustic, monstrous flames of a galactic core . There may be entire parallel universes filled with nothing but damned souls.
Posted by Pyracantha at 7:16 PM No comments: 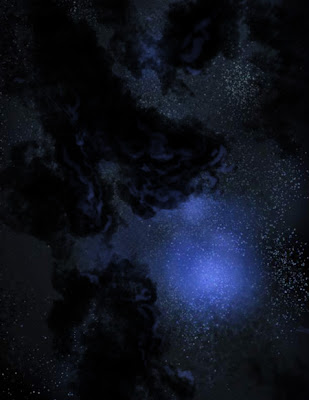 Done in Painter 9, and Photoshop, 26 March 08. An astronomical scene of an emission nebula, seen through a group of dark, light-blocking molecular clouds. Or it could be something more metaphysical.
Posted by Pyracantha at 2:51 AM No comments: 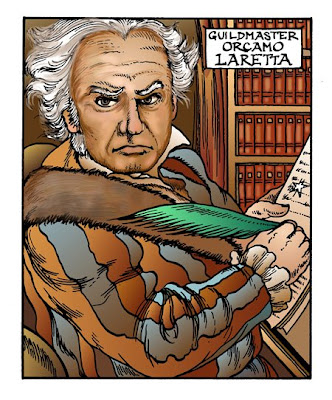 From a Renaissance-style role playing game I illustrated in 2003. Pen drawing scanned in, then colored in Painter 9.
Posted by Pyracantha at 3:50 AM No comments: 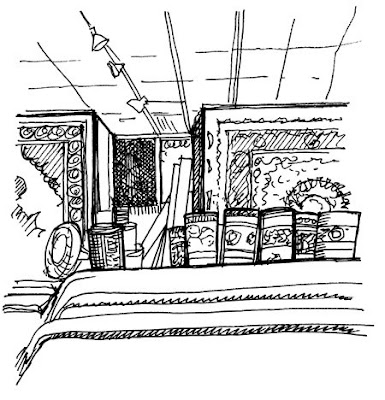 Davoud P's rug shop is one of my favorite stores in my neighborhood. I've bought many Persian rugs there over the years, most of them tiny beautiful gemlike pieces.He goes back to his native Iran every year to select more splendid carpets. In this sketch you can see rolled-up rugs as well as larger ones piled flat or hanging on the walls. When I visit, Davoud always offers me tea and cookies, whether I buy a rug or not.
Posted by Pyracantha at 12:21 AM No comments: 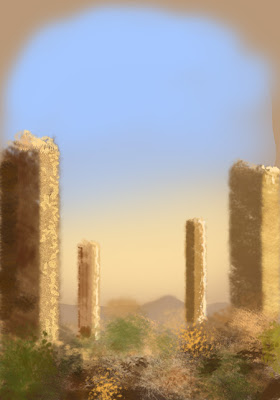 Done in Photoshop.
Posted by Pyracantha at 1:32 AM No comments: 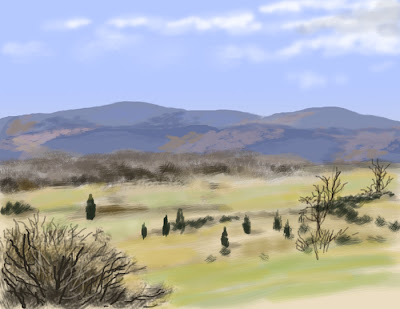 Shenandoah Valley Winter Sunlight. Photoshop, January 08
Posting from Staunton, Virginia in the Shenandoah Valley, where I am visiting friends. I did this sketch on my last visit here, and though it is now Spring it hasn't changed much yet.
Posted by Pyracantha at 10:32 PM No comments:

From the Mall to Hell 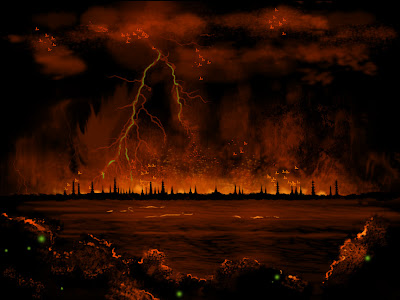 "Hellish Horizon," done in Photoshop. Click on image for a larger view.
It isn't that much of a journey from the market to Hell. Some weeks ago, when I was shopping at a Giant Foods, I found a turning rack of "Christian" books. I was captivated by one of them, a visionary narrative called "23 Minutes in Hell". The author claims to have had a personal experience of what Hell will be like for those who do not "accept God." His imagery is very traditional, a mix of Dante and horror movies. I am fascinated by visionary narratives of Heaven and Hell, and have been inspired to do illustrations of eschatological scenes. The trouble with my rendition of Hell is that it is not scary enough. As a volcano fan, I would be fascinated with a world filled with black slag, titanic eruptions, and burning lava. And my demonic beings look too cute, or too pretty. I will return to Hell in later posts.
Posted by Pyracantha at 1:52 AM No comments: 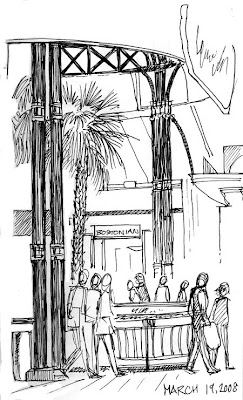 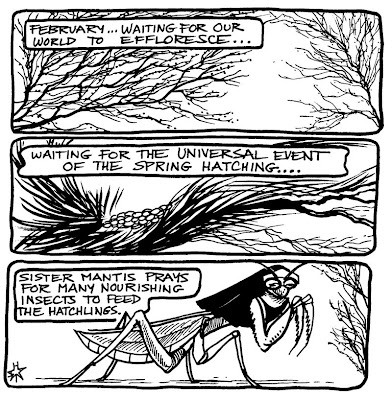 The website "Three Word Wednesday" chooses three enigmatic and not-quite-random words each week to serve as inspiration for writers. I use them as inspirations for art. This "Three Word Comic" from this February uses words that I picked myself, shutting my eyes and pointing to words on a dictionary page.
The words are: EFFLORESCE, UNIVERSAL, and MANTIS.
Posted by Pyracantha at 3:16 AM No comments: